so it all started with this message, I was looking for a league of legends account and he said he has it I sent him the money (150$)

he said it was pending even though it says money sent and I got -150 on my bank which was all the budget I had left for this month's money for my own so he told me to faster the process of it being "pending" I should create and close a dispute so I did, later on he told me it didn't work and he contracted paypal and paypal said it's because of me opening and closing, So I contracted paypal on my end too and they said it was never pending and the money was sent long time ago, so I thought maybe it's a bug somehow so I asked for a refund... he "pressed" the refund button but I couldn't see the refund on my end, I contracted paypal themselves and they said he never refunded it and it shouldn't even be possible to refund it because as it says the case was already closed. I asked him for screenshare since there are some that photoshop these kind of stuff and he said sure, and never screenshared or responded after that. 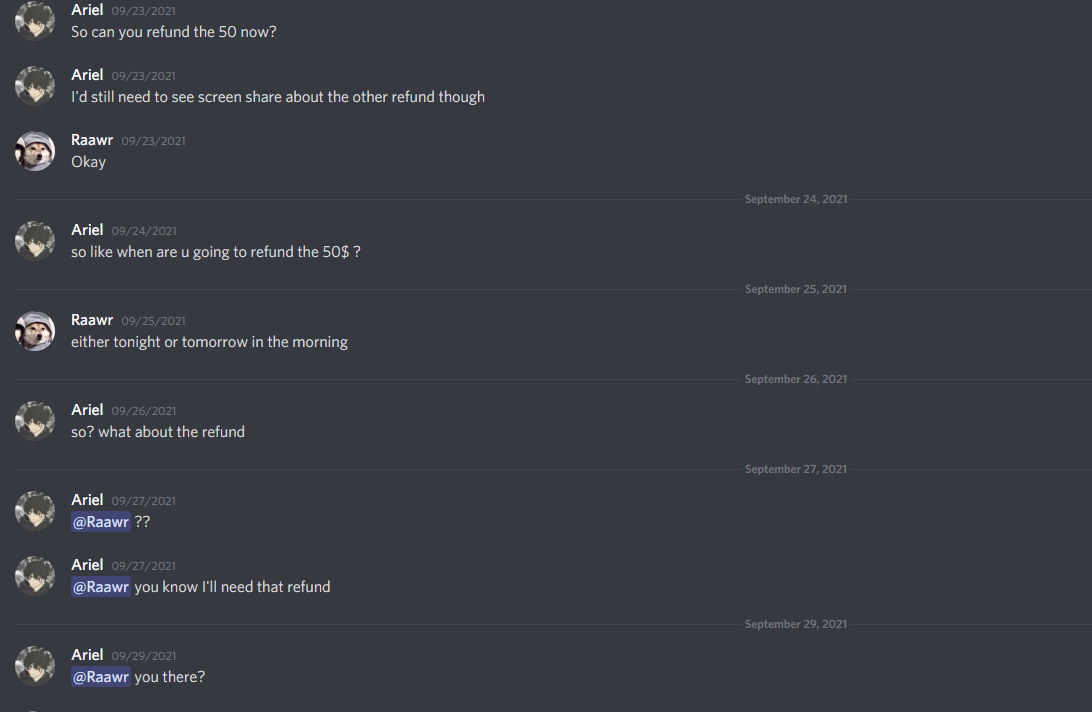 so even after all the promises, 1 month of talking and 200$ still didn't get refund or account, waste of time and my money which both are valuable since army work takes a lot of time and doesn't pay much. and he even had the nerves of threating that he wouldn't refund if I open this dispute

more than a month passed since the first payment I made to him and all he did was talking and talking first making promises about selling accounts and then sold account to another person (or so he says) and then promises to refund and still nothing.
if more proof is needed I got all the dms recorded

If you're interested in using me as the middleman for your transaction, please click on the image above

Middleman transactions conduct only on EpicNPC! Whoever contacts you off-site and claims that is me is a 100% scammer. I will never contact you on discord!​

Ban in 24 hrs if no response

M
CLOSED A scammer return my monney or my account !!!