i offered for their genshin account and they accepted my offer. they then asked me to move to instagram so that it would be easier. i accepted it and we moved to instagram. they were willing to go first so i trusted them, when i kept trying to change their info they apparently got multiple codes and also claimed that they traded for this account. i believe they only did that to buy time. then they suggested id send my info which i did eventually, because i wanted the trade to be fair and i wanted them to feel safe. it still didnt work but i eventually gave them the code for MY account. i irresponsibly left the conversation because i was needed somewhere else. they blocked me on instagram. their epicnpc user is astra123456789 and their instagram user is @prishaus.

they tricked me by saying theyll link it for me and said they will need a code to link my email to their account. i didnt think about that at all, but they obviously used that code to unlink my email. 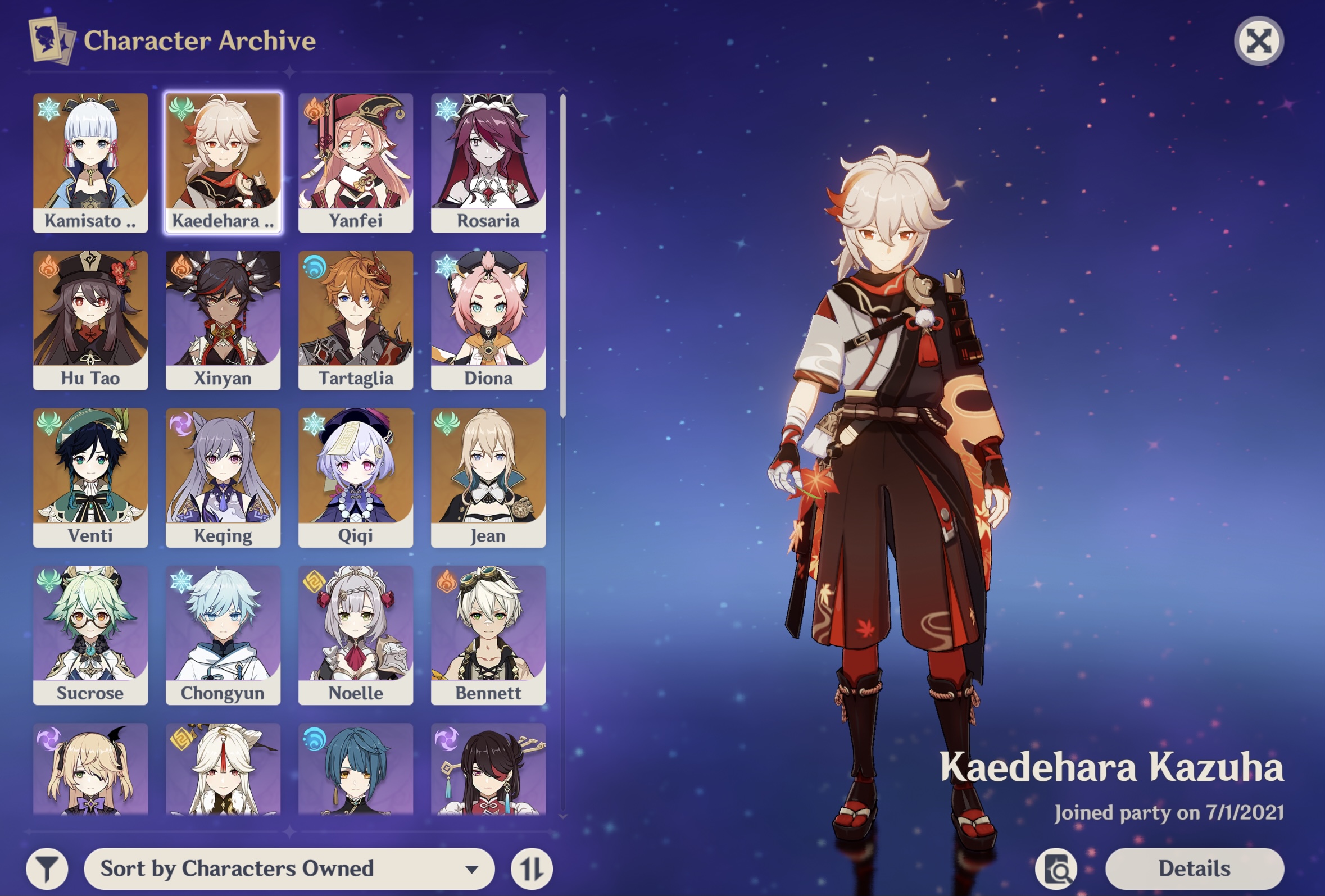 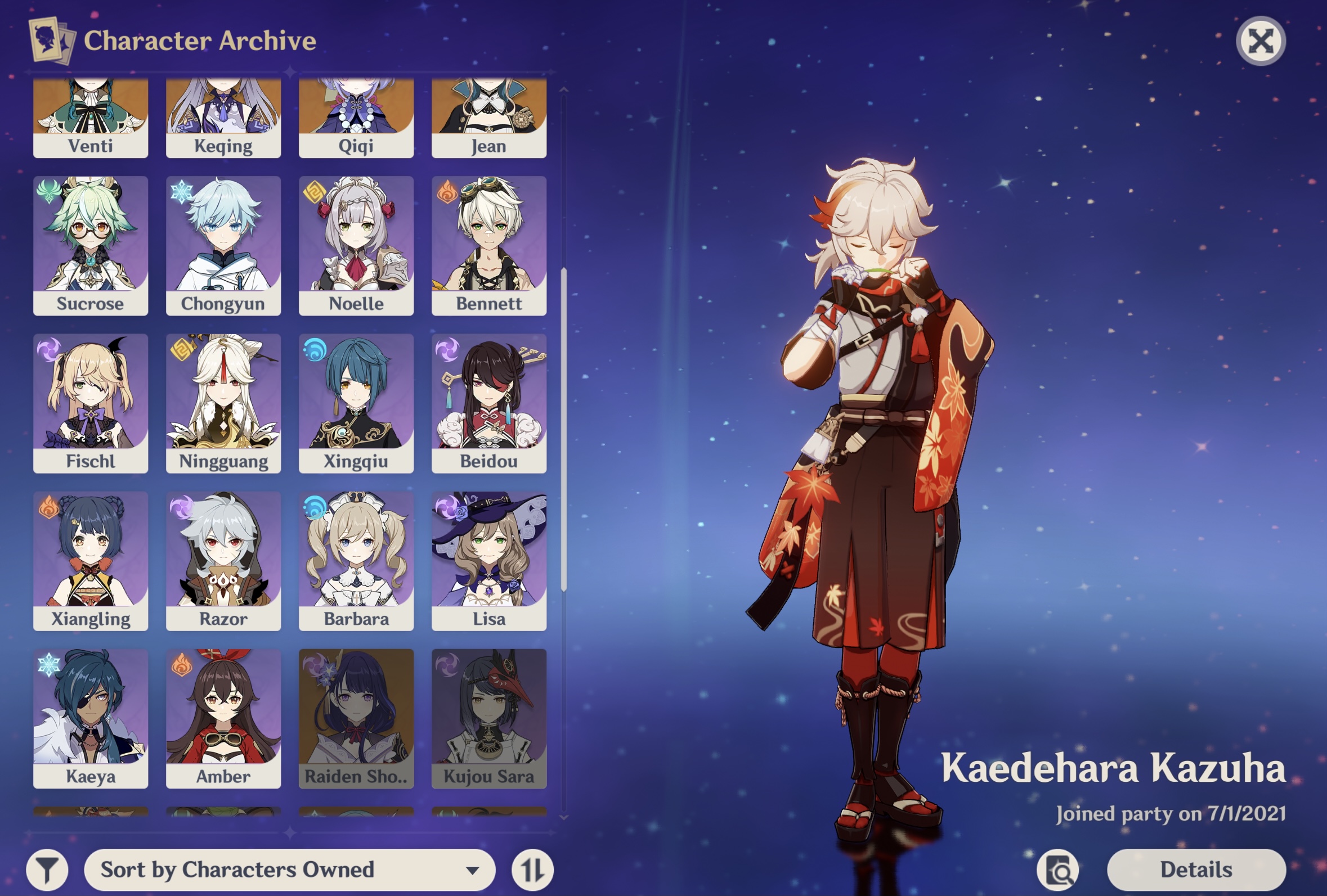 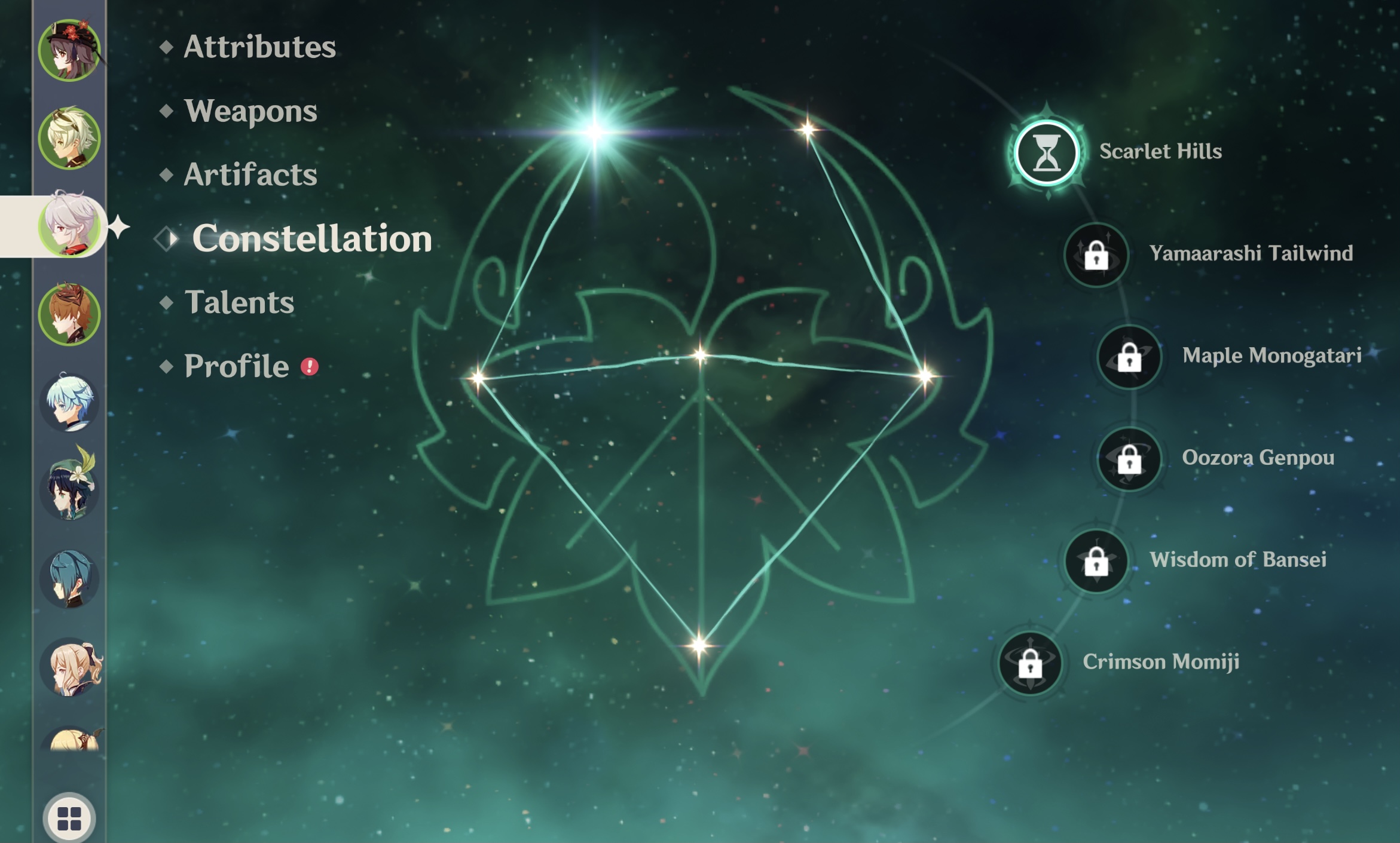 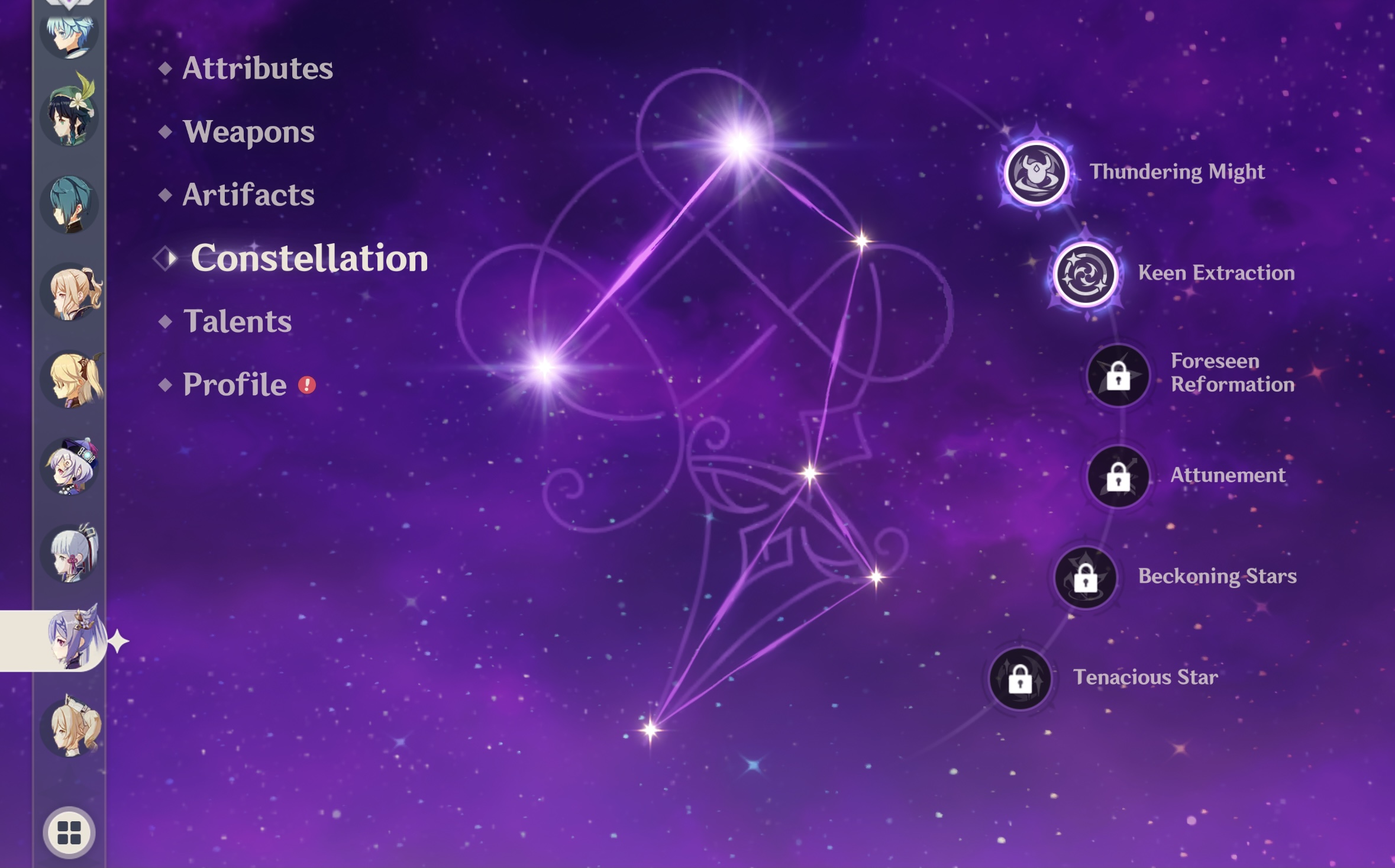 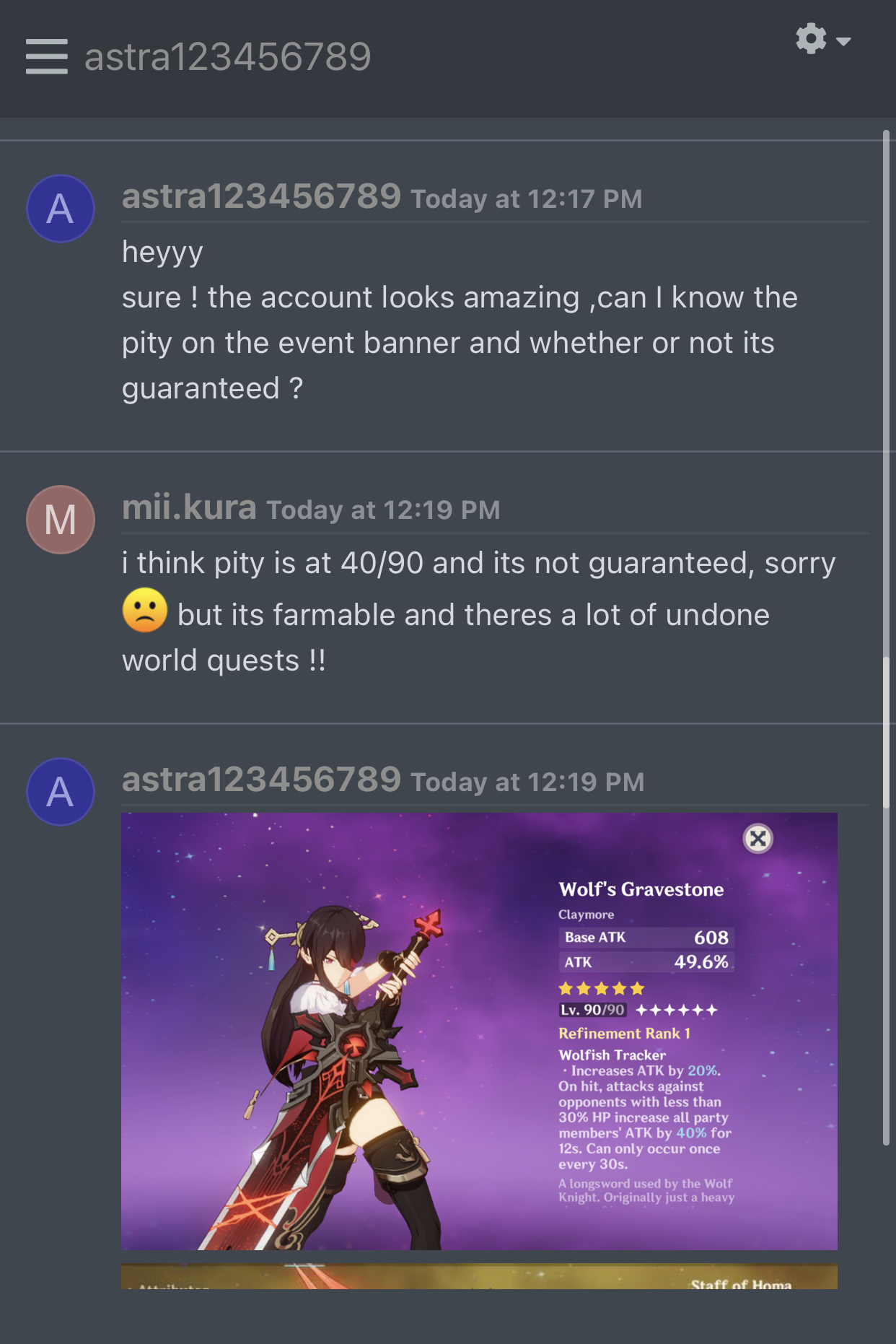 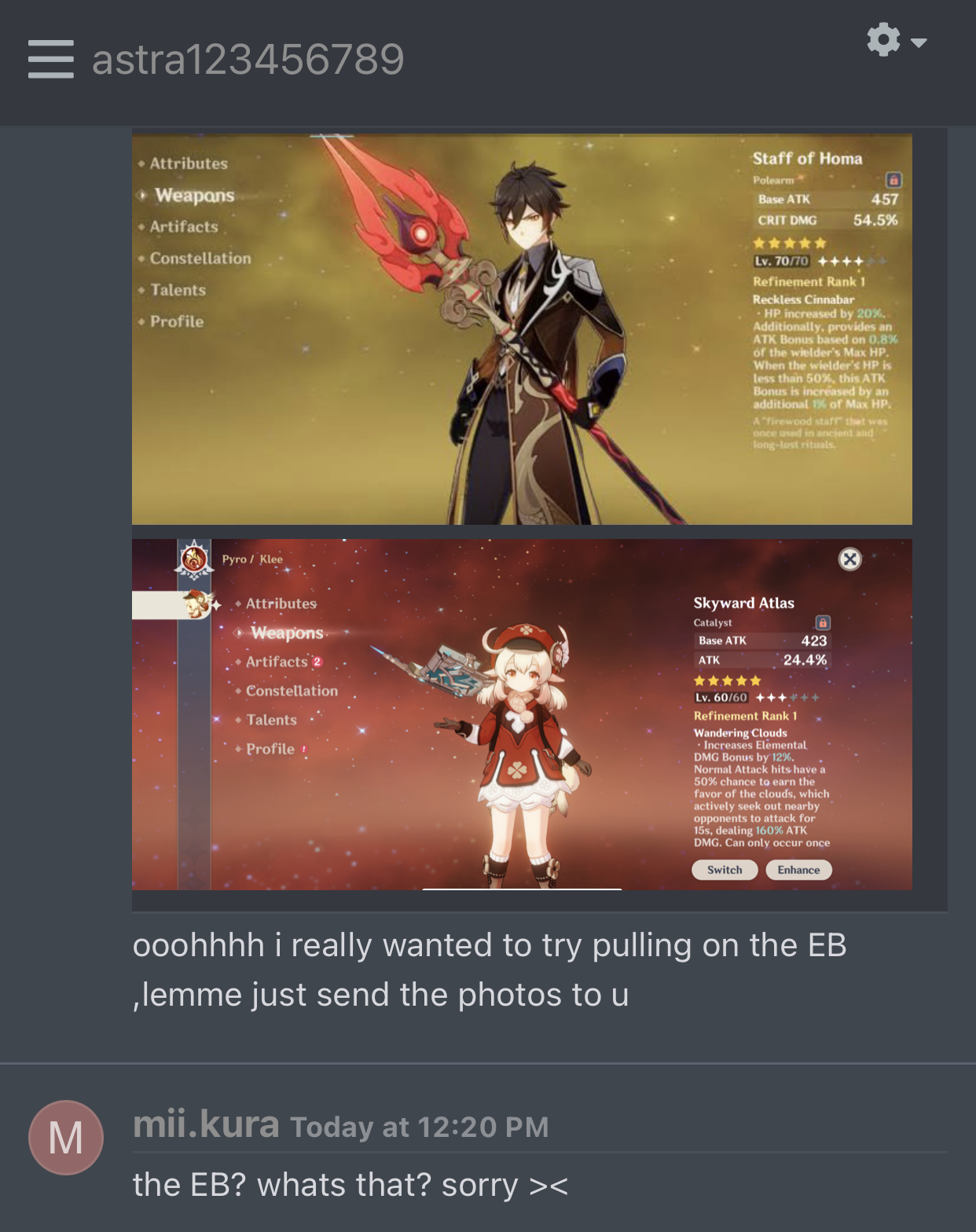 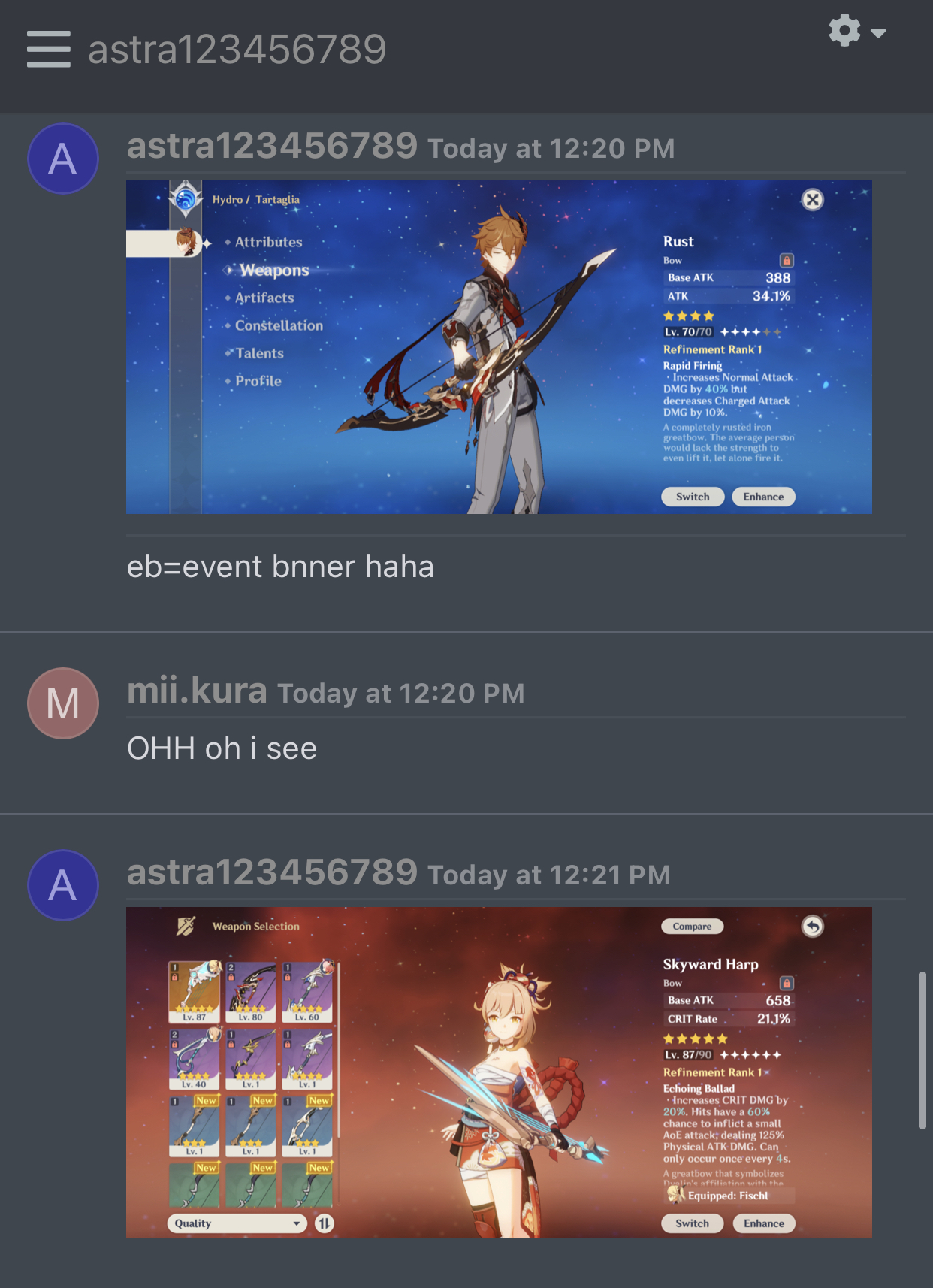 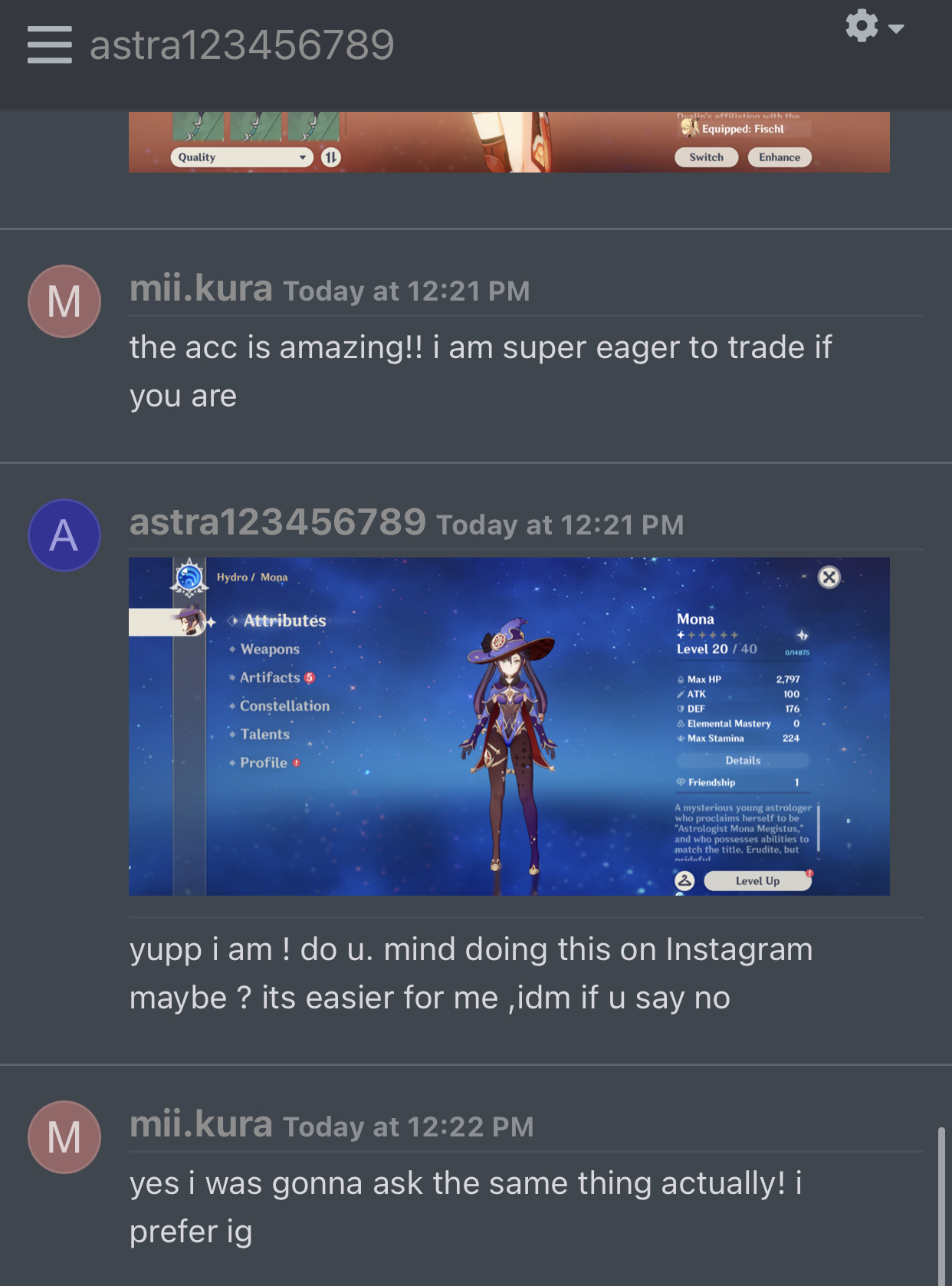 they said that they also got the account from a trade and that it was their cousins account and that i shouldnt worry about it being taken back.

@astra123456789 Can you respond here please
Before you quit, remember why you started.

Online and failed to reply. Banned.

Please consider using our onsite middleman system next time to protect yourself from these types of scams and scammers.

Scammer info;
astra123456789
[email protected]
You must log in or register to reply here.

P
CLOSED genshin impact starter account was scammed from me