Yo, this guy changed his reddit LMAOOOOOOOOOOO First pic is at 6:39 pm, second is at 7:18 pm, he removed account seller/booster, and changed his discord LOLOLOLOL, come on man, try everything you want 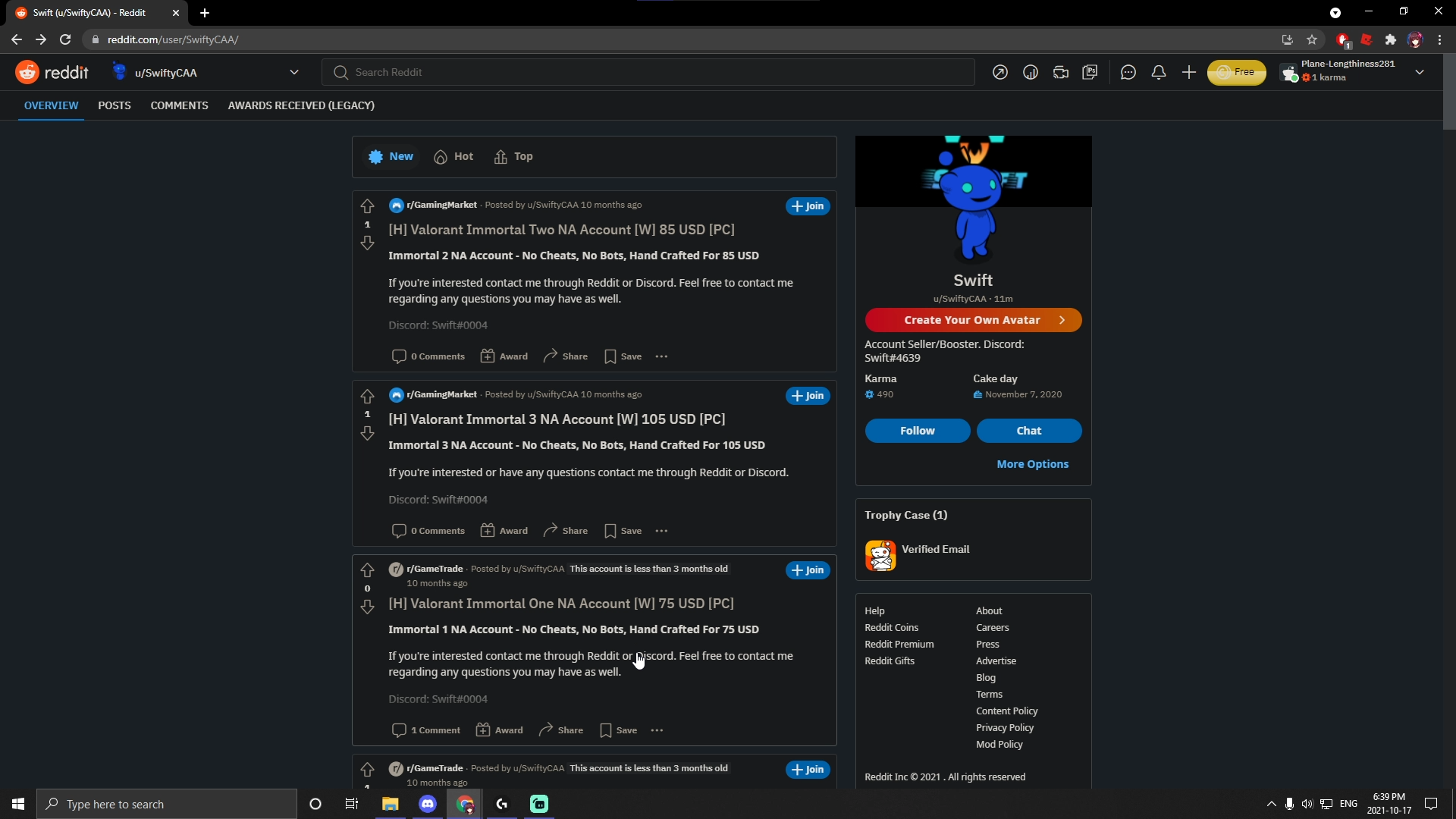 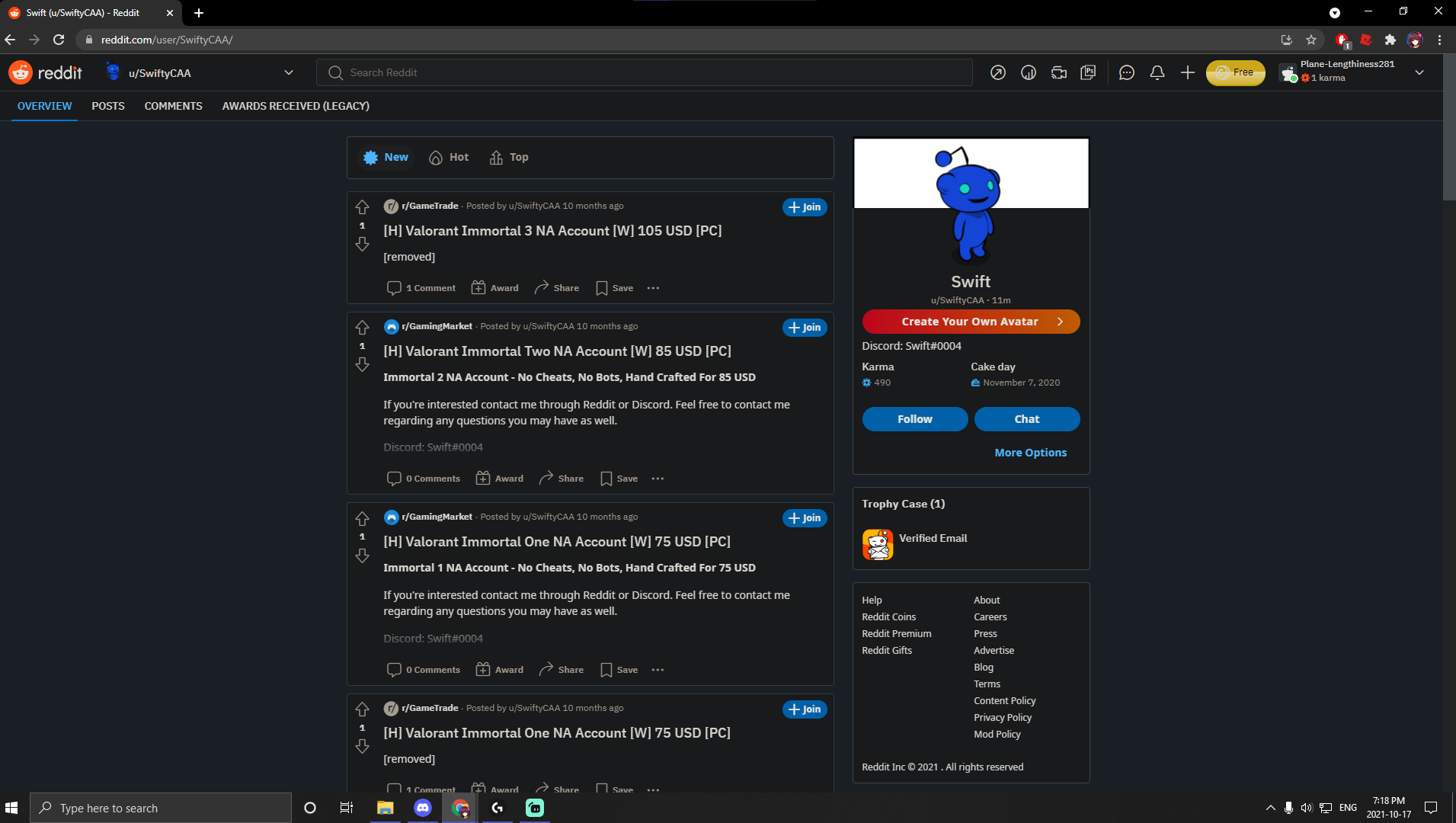 Bro he changed it again just stop already, at this rate he gonna change his real name... 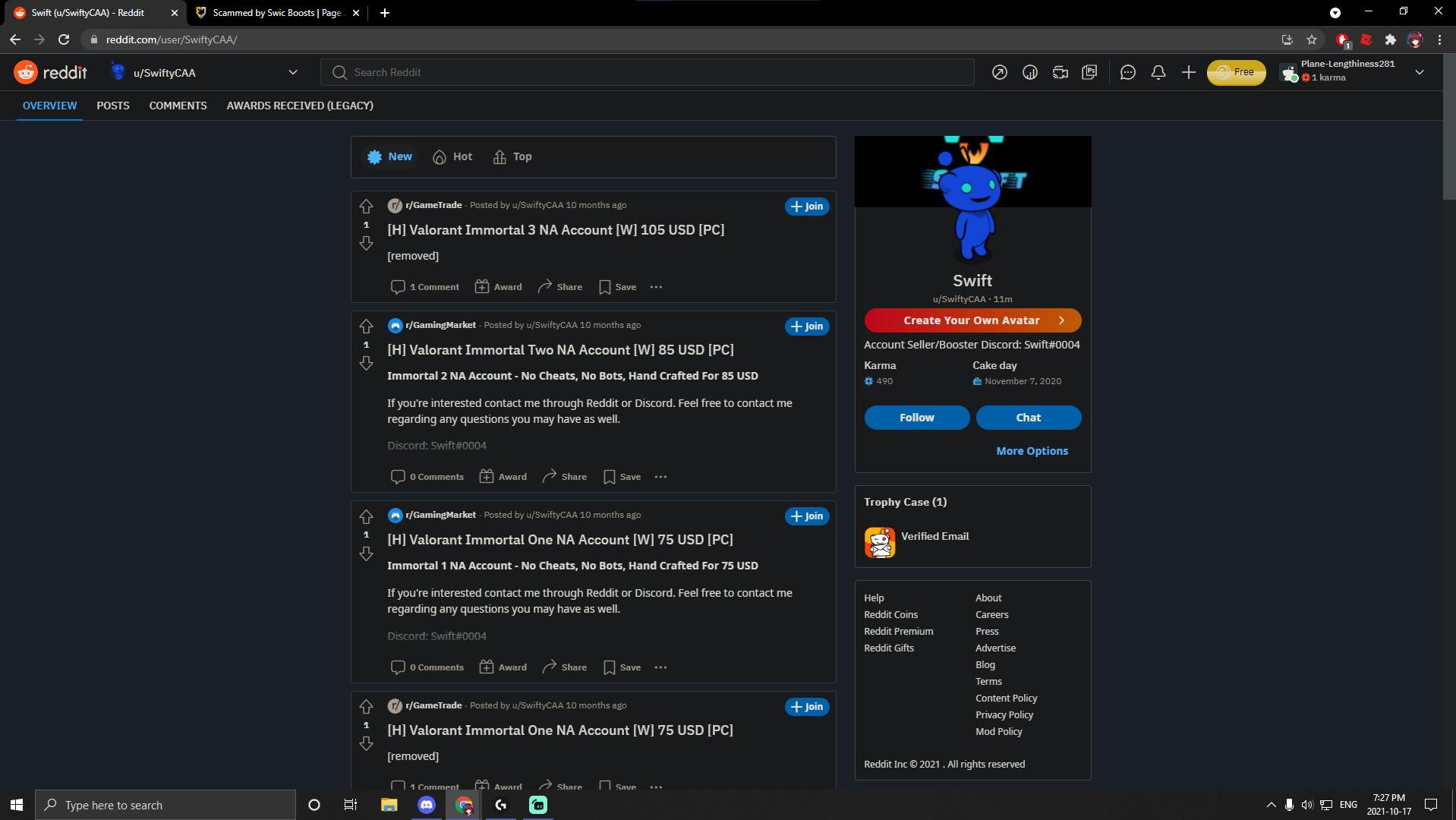 Warning: Trade with Caution
Banned - multiple fake feedback and fake vouches
Yeah, I have two PayPal accounts. One is my Personal and one used for Boosts/Accounts. I give people my SwicBoost PayPal to pay for stuff like boosting/accounts, which is "[email protected]" as I stated earlier. But that user was having trouble paying with that PayPal, so I gave him my other one. I'm an organized person, it just makes my life easier to have those two seperated.

Yeah, that's my Reddit from a while back. Wanted to try to sell some accounts on there.
Also, either you're inspect elementing your Reddit screenshot or your Reddit is bugging because I didn't change anything, the "Account Seller/Booster" and the Discord.

I literally have two discord accounts, Swic#9775 and my Swift discord. The tags were different for my Swift Discord because I got nitro and changed my tag.
Last edited: Oct 18, 2021
S

Is that all? I inspect element the page and a BUGGY screenshot, its literally a screenshot, it captures whatever is on the screen, how pathetic... You can literally see "HIGH RISK" on another website called ******** or something, perhaps this isn't ur first time scamming people? You can say whatever you want. also what is this... YOU MADE A FAKE ACCOUNT AND SUBMIT A FAKE REVIEW, COME ON MAN, BE SMARTER!!!!!!!! 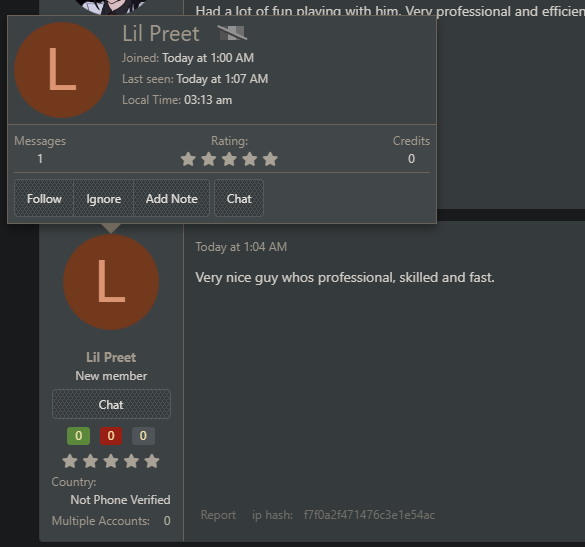 and its the fact that ur changing ur reddit bio constantly after realizing im investigating you, like come on man...
S

Its so simple, this guy is a scammer that used to scam on a different website, got banned on whatever website, now he is here with a different alias, makes fake reviews. Get him outta here bro... im done investigating this guy, he is just insanely suspicious. Still hasnt addressed how this "impersonator" knows im messaging him, which I have asked since the beginning.

This is going to remain open for few days until i do some more research
Last edited: Oct 19, 2021

I have confirmed that @Lil Preet belongs to @Swic Boosts

I'm sorry, we do not investigate Discord disputes. Please contact Discord support. This is posted on every single page of our site.

There is no one here with the email [email protected] and the Paypal account was already deleted.

Scammed me and Stole my early supporter