I'll reply you quick if I'm not sleeping! ❤️

First, I don't know if it's a scam or not. We traded account, and the problem began after a few weeks i got the account.

October 22, 2021 Buyer was interested with one of my accounts, he commented on my thread and then added me on discord. 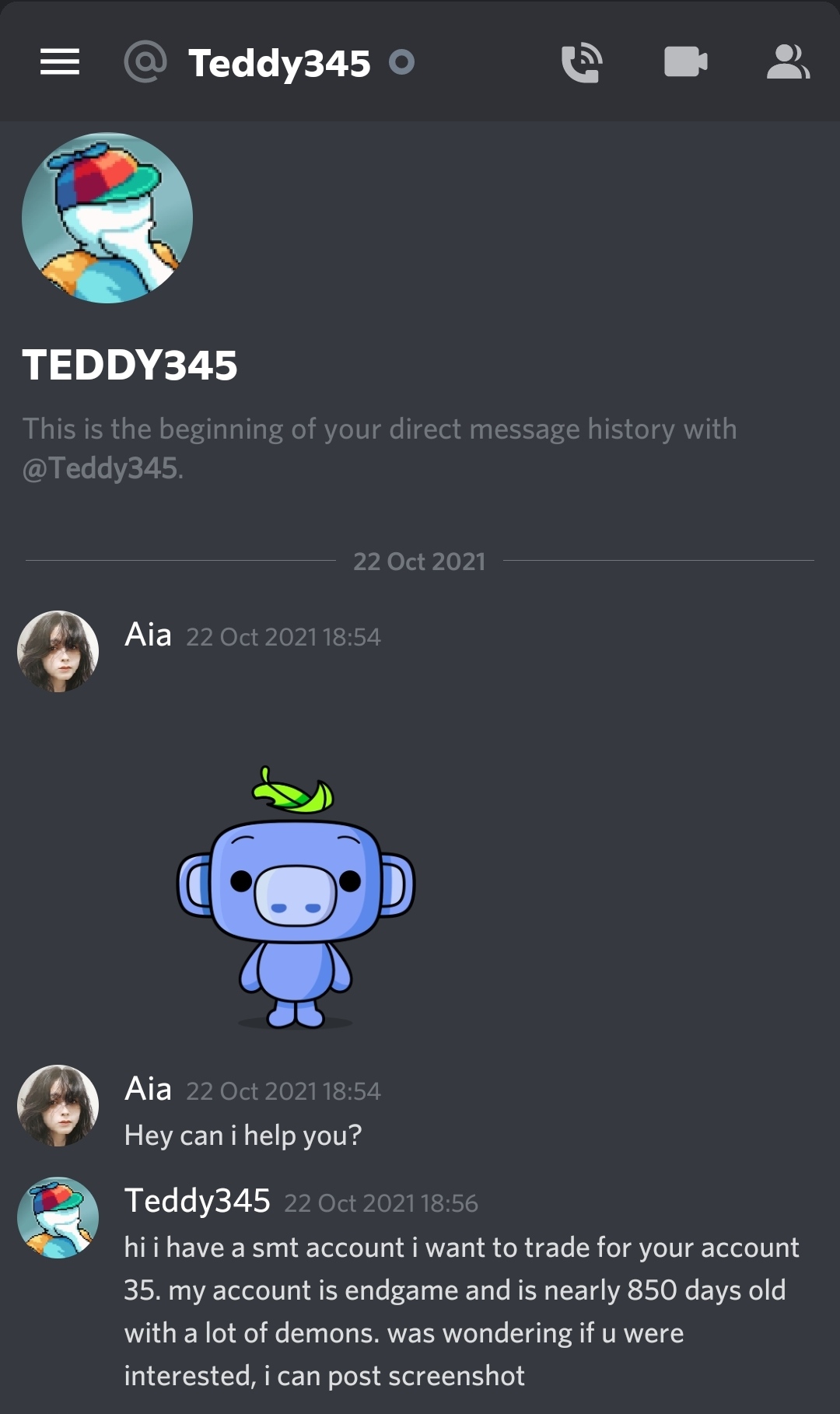 But the problem began after a few weeks, exactly on November 12 2021, the account he traded with me got suspended. I have +100 SMT Dx2 accounts, and none of my accounts ever got suspended, so I'm thinking this Teddy345 was using hacked app before he traded the account.

I tried to message him on discord, but he keeps ignoring my message (I don't know if he's still using discord or not).

I just want to get his reply, i need his answer if he's really using hacked app.

@Teddy345 Respond here
Before you quit, remember why you started.

A
CLOSED Chargeback after 3 months of purchase

K
CLOSED Genshin account got recalled after a day of purchase